Children’s rights activist Marian Wright Edelman once intoned that when it comes to representation and inspiring young people, “you can’t be what you can’t see.”

Taking that maxim to heart, University of New Mexico alumna Carol Payne banded together with her colleagues at Industrial Light & Magic to create Women in VFX, a series that highlights women working in visual effects for film and television.

With the soaring popularity of films like “Wonder Woman,” “Girls Trip,” and “Black Panther,” it would be easy to assume that the landscape of Hollywood is changing. After all, these movies were box office hits helmed by women and people of color, telling stories driven by the same. But U.S.C. Annenberg’s latest Hollywood inequality study paints a different picture.

The summary is that when it comes to diversity and inclusion in Hollywood, there’s been “no meaningful change” in the last 10 years. Believing in the critical importance of visibility and connectivity, Payne and her colleagues set out to feature the stories of women working in their field, in order to build a community and alleviate feelings of seclusion.

“Part of what inspired this project was eliminating that ‘you are alone’ effect,” Payne says, “and with all my amazing coworkers here, I don’t think I truly knew how much I still felt alone. It’s been really cool to connect with tons of amazing and talented women from all over the world.”

Women in VFX started out relatively narrow in scope, showcasing the women doing creative work at Industrial Light & Magic in San Francisco, where Payne is a Color & Imaging Scientist. In the last 18 months, Women in VFX has expanded to include profiles of women working in visual effects around the world, from Singapore, London, Vancouver and beyond.

“It’s become a global network of people – men and women – connected by the work,” Payne says, and it’s given her a larger sense of community within the industry.

For Payne, the foundation of knowledge that enables her to do this work was built at UNM. In 2012, she graduated with a BFA in Interdisciplinary Film & Digital Media (IFDM), emphasis on interdisciplinary. The Department of Cinematic Arts partners with a number of schools on campus to offer several tracks for IFDM degrees. Whether it’s mass media, computer science, or film and video production, IFDM students take one class as a complete cohort, and the rest of their course load is dedicated to their chosen concentration.

Payne says the program gave her a broad overview of lots of different facets of the industry, and armed her with a variety of skills to bring to the table as a creative professional. And Women in VFX is inspiring her to galvanize people who have the necessary skills, but might not have the confidence.

“Women aren’t usually encouraged to elevate and push ourselves, to go after the larger roles out there,” Payne says. “We’re seeing a greater number of women in entry level positions in the (film and TV) industry, but when you reach mid- to senior-level jobs, those numbers really drop off.”

In an effort to bolster those numbers and help more women go after high-level positions, Women in VFX is partnering with Women in Animation (WIA), an organization founded in 1995 to advance women in the field of animation. One of the shared goals of WIA and Women in VFX is to generate networking and mentorship opportunities for women in animation, film, and visual effects.

“Instead of competition,” Payne says, “we have to view women and other people in our industry as resources, and as a way to elevate yourself and your career. When you feel isolated, you have a tendency to treat everyone as ‘other,’ instead of seeing the opportunity to forge new connections. Women in VFX started as a way to get the word out about the work of all these amazing women, and now we’re ready for the next steps. We’re ready to take action.”

Visit the Women in VFX website to learn more about the project, and subscribe to their YouTube channel to hear stories from all the incredible women bringing magic to the silver screen. 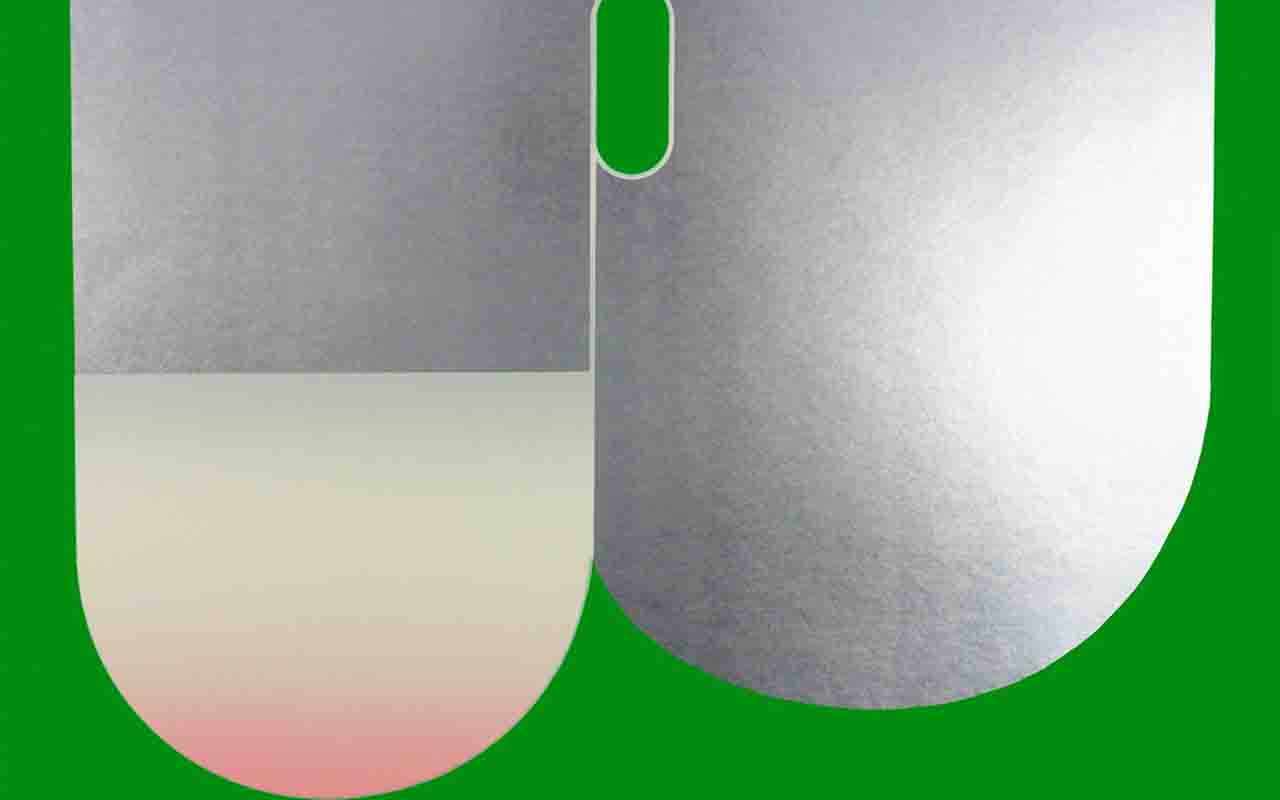 An Evening at JohnSommers Lecture Series 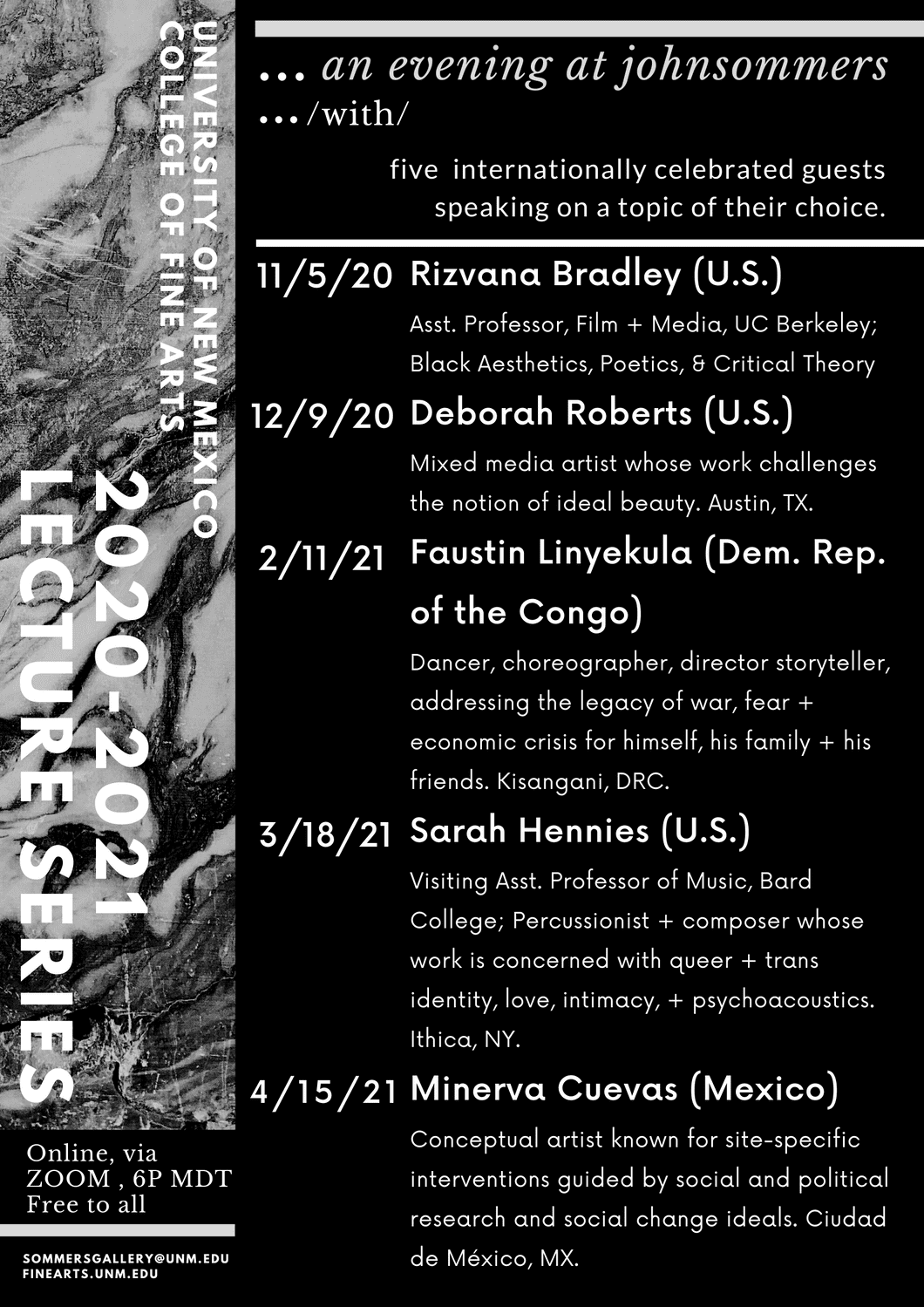 Deborah Roberts is a mixed media artist whose work challenges the notion of ideal beauty and narratives. Her work has been exhibited internationally across the USA and Europe. Roberts' work is in the

Deborah Roberts is a mixed media artist whose work
challenges the notion of ideal beauty and narratives. Her
work has been exhibited internationally across the USA
and Europe. Roberts’ work is in the collections of the
Whitney Museum of American Art, New York, New
York; Brooklyn Museum, New York, New York; The
Studio Museum in Harlem, New York, New York;
LACMA, Los Angeles, California, among several other
institutions.
http://www.deborahrobertsart.com 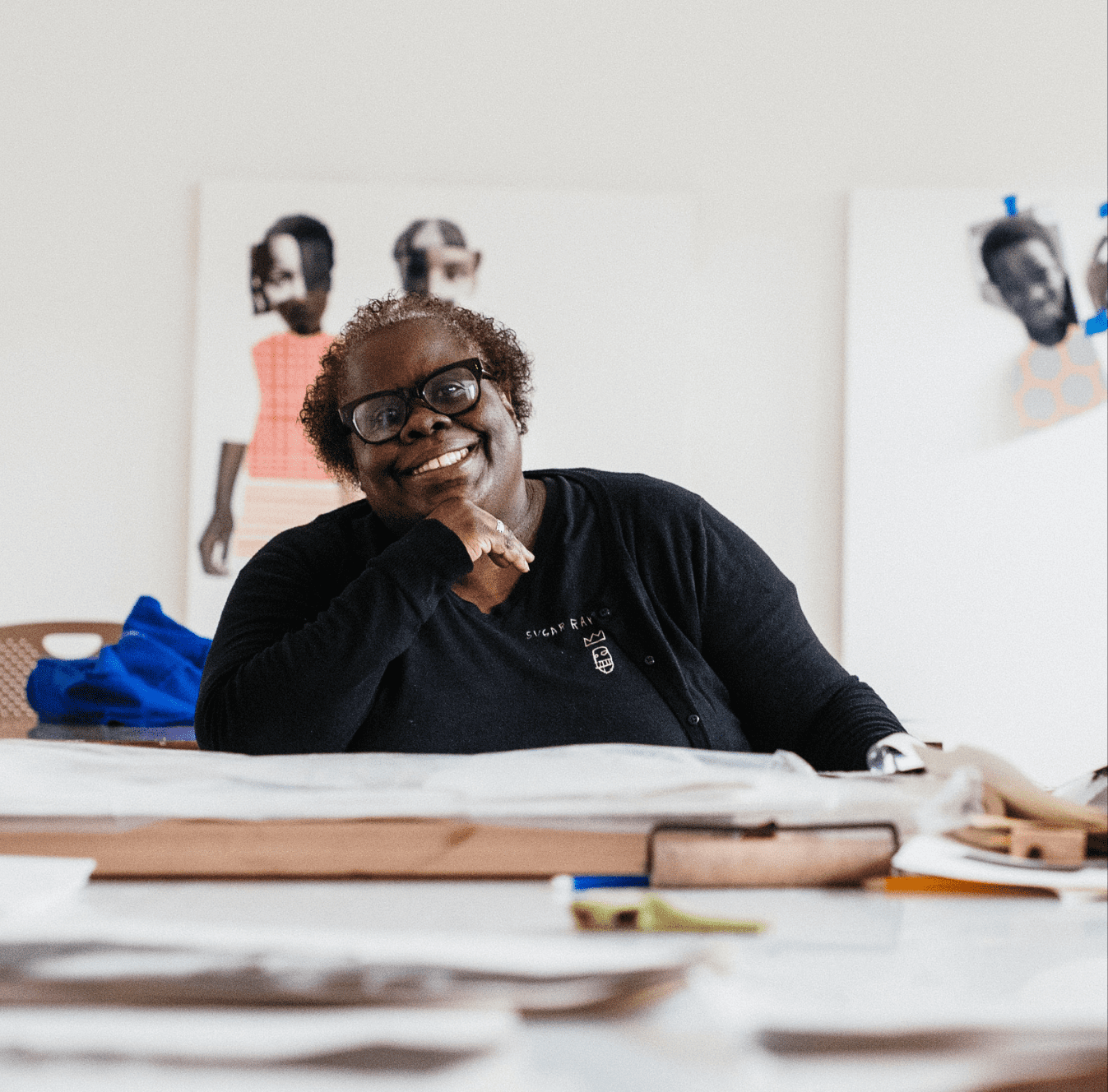 She was selected to participate in the Robert Rauschenberg Residency (2019) and is the recipient of the Anonymous Was A Woman Grant (2018), Pollock-Krasner Foundation Grant (2016), and the Ginsburg-Klaus Award Fellowship (2014).

Roberts received her MFA from Syracuse University, New York. She lives and works in Austin, Texas. She has a solo exhibition that opened in the Fall of 2020 at The Contemporary Austin. Roberts is represented by Stephen Friedman Gallery, London, and Susanne Vielmetter Los Angeles Projects, CA.

28jan2:00 PM3:30 PMFeaturedMusicology Colloquium series spring 2021“How We Got Here, Where To Next: Examining Assimilationism in American Music Studies” 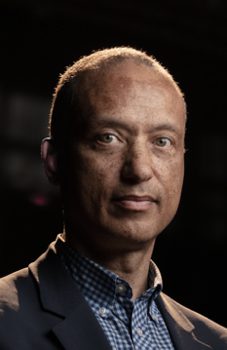 Join us for our first Musicology Colloquium Series of the spring with Dr. Philip Ewll discussing “How We Got Here, Where To Next: Examining Assimilationism in American Music Studies” In

Join us for our first Musicology Colloquium Series of the spring with Dr. Philip Ewll discussing

“How We Got Here, Where To Next: Examining Assimilationism in
American Music Studies”

In this talk, I consider our past so that we might chart a path for the future. Only through an exhaustive study of the past can we truly understand why the academic study of music is what it is today, a study that remains exclusionist with respect to musics that are not centered around both whiteness and maleness. In coming to terms with this difficult past we together—white, black, and everyone in between—can create a new academic study of music, rich and inclusive, which will be rewarding and emancipating for all.

Dr. Philip Ewell is an Associate Professor of Music Theory at Hunter College of the City University of New York, where he serves as Director of Graduate Studies. 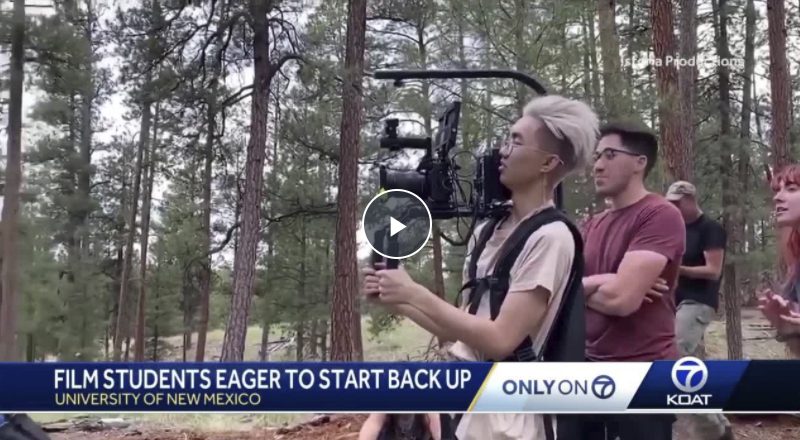 Professional, amateur filmmakers ready to get back to work.

Professional, amateur filmmakers ready to get back to work. When the pandemic hit and the governor’s health order shut down most of the state, filmmakers were left wondering how long it would last. Now those months of wondering are over, as set construction and small...

Dr. Karl Hinterbichler receives the Ken Hanlon Award from ITA. The Kenneth Hanlon Award recognizes an individual that contributes greatly to the International Trombone Association (ITA) and the trombone world with a spirit of generosity and modesty that inspires. The... 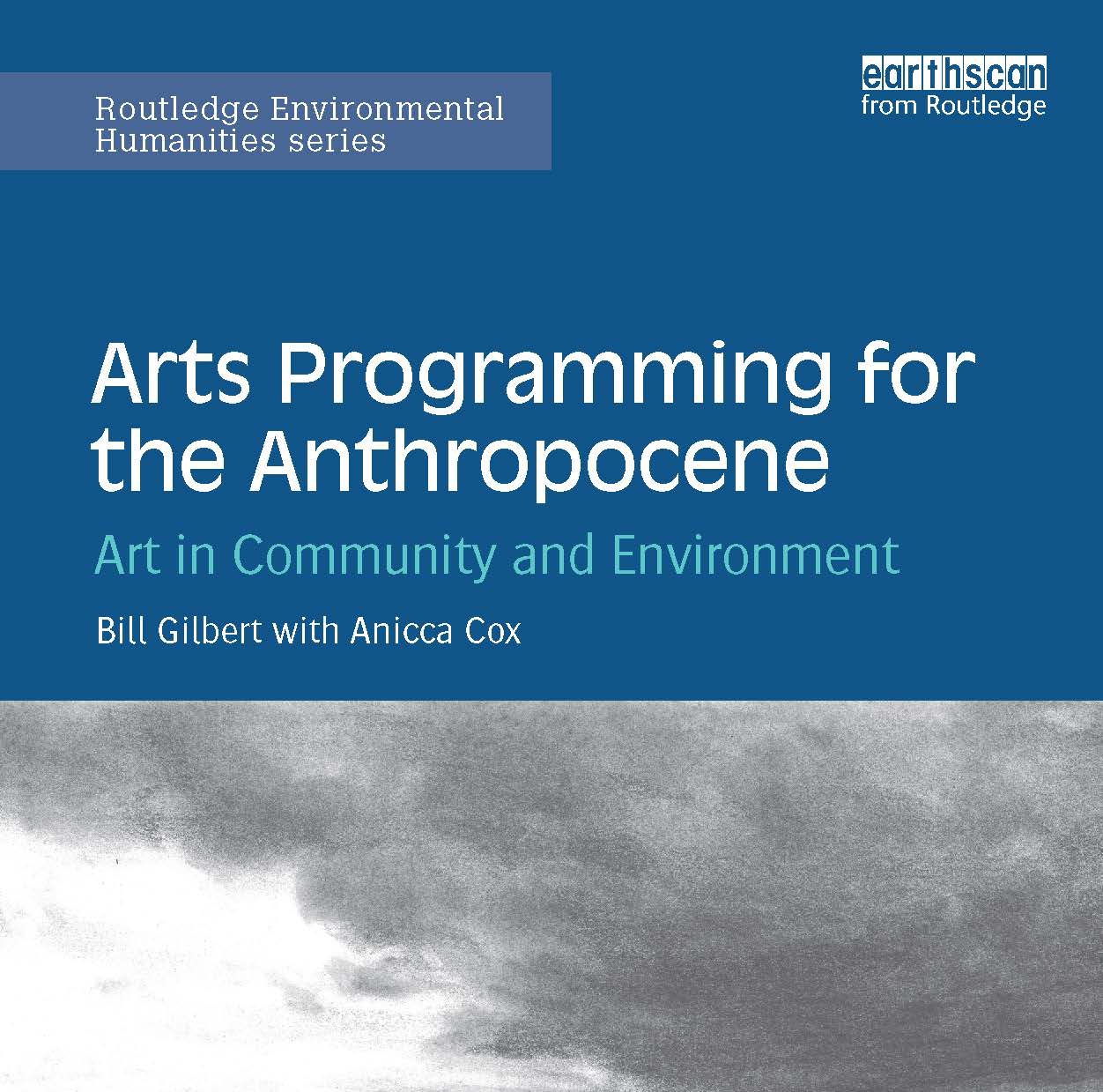