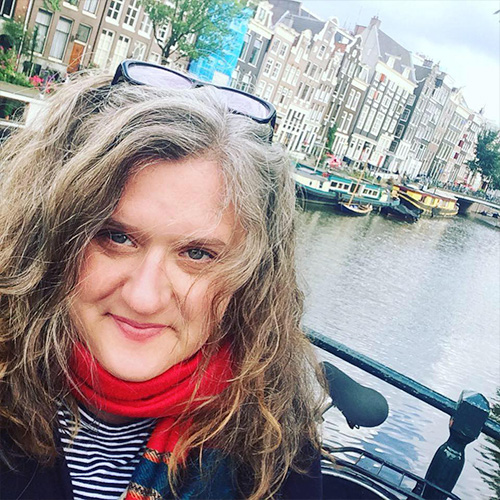 Juli Hendren is a founding member and the Director of International Relations for Tricklock Company, a 25 year old devised theatre ensemble based in Albuquerque, New Mexico with a focus on international touring and collaborations. She is the Curator of The Revolutions International Theatre Festival which produces performances, workshops, and cultural exchange events from across the globe in New Mexico. Hendren has produced artists from over 25 different countries around the world through the festival. She is a director, writer, performer, and teacher who has taught and performed across the United States, Canada, Europe, China, Uganda, and Colombia.

Hendren was a part of the TCG delegation to Cuba in 2015, Chile in 2017 and the World Theatre Congress at the International Theatre Institute Conference in Spain in 2017. She was the production manager for the UNM/ATEC collaboration in Beijing, China and the California International Theatre Festival. She is a member of Theatre Without Borders and co-creator of the Theatre Without Borders/Revolutions Symposium. She is the co-director of The Nile Files, a cultural archiving and education project in Uganda with Ndere Cultural Centre and Performance in the Peripheries, a New Mexico based program that produces encounters between global and local artists, activists, and scholars through residencies, workshops, public dialogues, and performances

She is a graduate of The University of New Mexico and has trained in physical theatre with Dell‘Arte International School of Physical Theatre, The Open Theatre, and Double Edge Theatre. She has trained in song and body work with The Gardzienice Centre for Theatre Practices of Poland, Clown and Bouffon with Manitoulin Conservatory for Creation and Performance in Canada, and vocal techniques with Ukrainian singer Mariana Sadowska. She has collaborated with U.S. playwrights Neil LaBute, Mac Wellman, and Idris Goodwin on several projects. She is a critically acclaimed solo performer with eight solo shows, including ROT and Waste Her, which have toured the US and Europe, winning numerous awards.