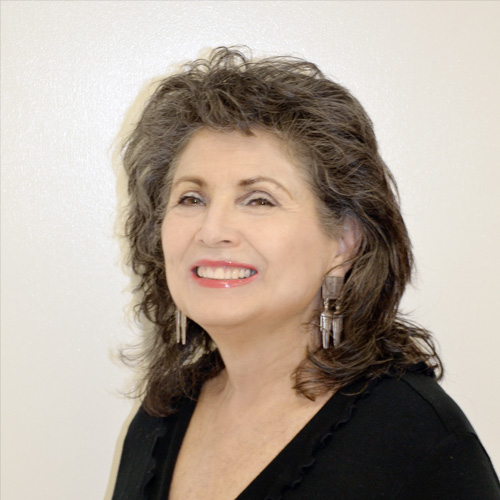 Dorothy Baca, professor and costume designer for the Department of Theatre & Dance, is an alumna of UNM who returned to New Mexico after twenty-five years of professional work in film and television. She received her MFA from the University of California at Los Angeles. Some of her television credits include Dr. Quinn, Medicine Woman, Major Dad, Charles in Charge, and Murder, She Wrote and the feature cult classicElectric Boogaloo: Breakin’ II. Her stage work includes Bette Midler’s signature character, Delores DeLago, the mermaid who rides on a wheel chair, designed for the Divine Madness World Tour and the stage production at the MajesticTheatre in New York City. Divine Madnesswas co-designed with David Baca. Since her return to New Mexico, Baca has been fortunate enough to work on such feature films as Batman and Robin, The Longest Yard, and What Women Want. Baca was the costume supervisor on Suspect Zero, starring Ben Kingsley and Border Town, both filmed in New Mexico.

Baca serves as Co-head of the Design for Performance program. Her research is focused in the clothing of the Spanish Colonial period of New Mexico.  Sixteenth century costumes constructed by students in the costume design program were worn for the opening of The Albuquerque Museum of Art and History exhibit, Jamestown, Quebec, Santa Fe: Three North American Beginning. The reproduction of the clothing worn in the portrait of Don Diego de Vargas from the Palace of the Governor’s Museum was one of the highlights.    Baca was honored to design costumes worn for a performance by Teatro Paraguas of the Proclamation declaring Santa Fe the capital of Nuevo España, presented to Prince and Princess of Spain as part of the festivities for the Santa Fe 400 celebration.