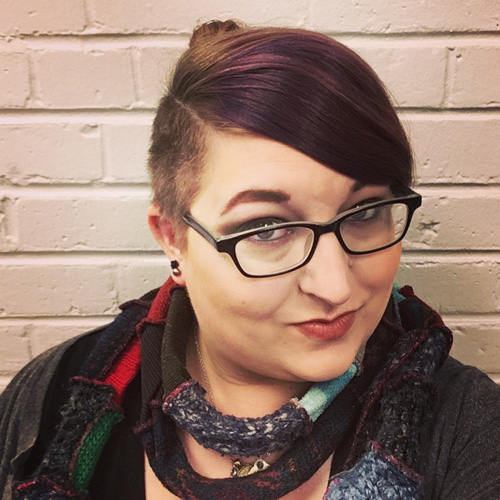 Amy J Yourd (she/her/hers) is a playwright, theatre artist, and fangirl from Northern California. She holds a Bachelor of Fine Arts from NYU’s Tisch School of the Arts, where she studied devised theatre at Playwrights Horizons Theater School. While living in New York, Amy worked off-Broadway for the long-running immersive theatre experience Fuerza Bruta and co-founded Undiscovered Countries, a Brooklyn-based incubator for new work. She has studied with the TEAM, Theater Mitu, and the New York Neo-Futurists. Her plays include Mick the Mapmaker, Jane Kim Stein: The Modern Prom Thesis, and the solo performance series Anatomy of a Fangirl.

Amy is a Team Captain for GISH, an international scavenger hunt focusing on art and community service. Her other interests include fanfiction, Magic: the Gathering, and her cat, Mirri. Amy is currently earning an MFA in Dramatic Writing from the University of New Mexico.