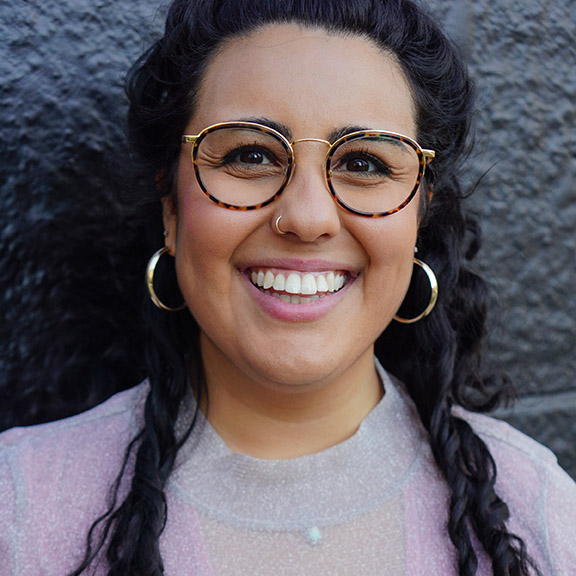 Tatiana Isabel Gil (she/her) is a Panamanian and Colombian, first generation multidisciplinary artist based in Albuquerque, NM. Tatiana is a writer, dramaturg, producer, and actor with a passion for new work development, art that moves people to take action, and decolonization as a form of healing and empowerment. She holds a BFA in Theatre Arts from Boston University and is currently a first year MFA candidate in Dramatic Writing at the University of New Mexico. As a writer, Tatiana has collaborated with multiple theater and dance companies in Boston, MA as a poet, and playwright. Most recently, her play, Lithosphere Heart was a semifinalist for Playwrights Realm’s Scratch Pad series in NYC. She also produced a choreo-poem workshop of Lithosphere Heart at FUSION theater company in Albuquerque, NM. She is also currently a UTEF City grant recipient in which she is working on a new full length play about Latinos’ relationship to their Indigenous identities and lineages. To learn more about Tatiana’s work go to tatianaisabel.com.