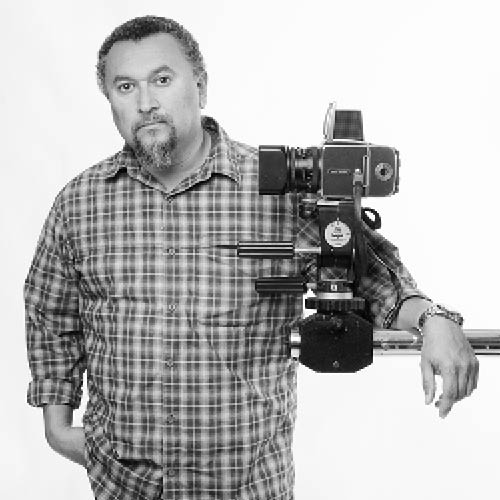 Roberto Rosales was born in San Salvador, El Salvador where he lived until he was eleven. Then in 1980, Roberto was forced to leave the country because of the civil war. He and his brother moved to Maryland, attended school and began a new life. To make the long story short, he graduated from John F. Kennedy High School where he began taking photography, which led to attending a community college. Roberto didn’t even know college was the thing to do after high school. He had a great professor named Amy Heller who encouraged him to further his photography and suggested he transfer to the University of New Mexico. Eventually he graduated and returned to El Salvador where he conducted photo workshops for newspaper staffers.

He returned to the states in 1998 and made his way back to Albuquerque, New Mexico, where he became a staff photographer for the Albuquerque Journal and eventually the Photo Editor. Besides editing photos, Roberto is currently working on a project back in El Salvador on fishermen mainly around the area of the Gulf of Fonseca.