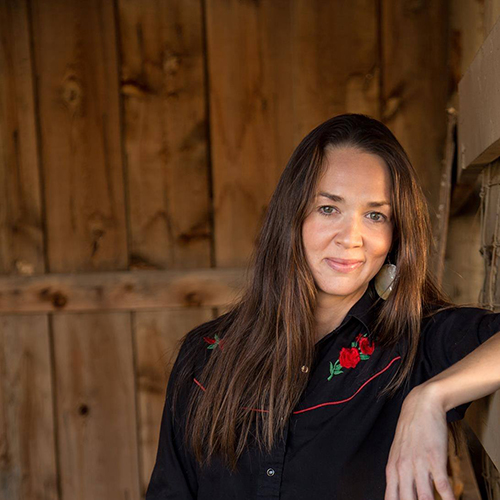 Dr. Jacobsen will be on sabbatical and doing ethnographic field research for fall 2019 and spring 2020 semesters. 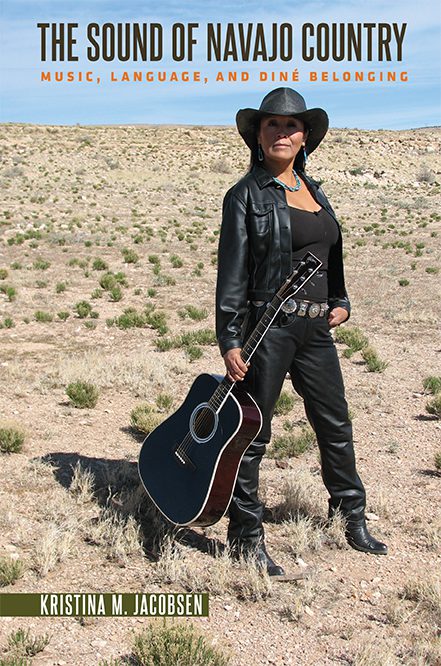 Based on 2 ½ years of singing and playing with Navajo county western bands, her book, The Sound of Navajo Country: Music, Language and Diné Belonging (2017, University of North Carolina Press), examines cultural intimacy and generational nostalgia on the Navajo (Diné) Nation

and was recently awarded the 2018 Woody Guthrie Award for outstanding book on popular music (IASPM-US). Her research interests fuse the fields of cultural anthropology, linguistic anthropology and ethnomusicology, to include: music and language, anthropology of the voice, politics of authenticity, Indigeneity and belonging, music of Native North America, Sardinia and the Appalachian mountains, race and musical genre, indigenous language reclamation, and working class expressive cultures. (click here for brief interviews in English and Italian about her research).

Together with Kerry F. Thompson, she has a forthcoming article on the recent Navajo Nation presidential election and language fluency debate, titled “The Right to Lead: Language Reclamation and Diné Presidential Politics” (Journal of Sociolinguistics). Her chapter on ethnography and songwriting, “Songwriting as Ethnographic Practice, or How Stories Humanize,”  appeared in the book, Arts-Based Research in Education: Foundations for Practice, edited by Melisa Cahnmann-Taylor and Richard Siegesmund (2017). Together with the late Shirley Bowman (Diné; Bitahnii) she has a forthcoming article (2019, issue 6:1) on kinship, blood quantum and adopted clans on the Navajo Nation in the journal Native American and Indigenous Studies. Other articles include “New Skies Above: Sense-bound and Place-based Songwriting as a Response to Trauma for Refugees and Asylum Seekers in Applied Arts and Health (with Klisala Harrison and Naomi Sunderland, forthcoming June 2019); “Radmilla’s Voice: Music Genre, Blood Quantum and Belonging on the Navajo Nation” (Cultural Anthropology, 2014) and “Rita(hhh): Placemaking and Country Music on the Navajo Nation” (Ethnomusicology, 2009).

Dr. Jacobsen’s latest ethnographic project focuses on songwriting, language reclamation and colonialism on the Italian island of Sardinia. For 2019 and 2020, Jacobsen will be doing research supported by a U.S. Fulbright grant to Italy (“con il sud”), where she will be writing and recording a new album of cowrites with Sardinian songwriters as a fieldwork method she calls “ethnographic songwriting” to accompany the musical and linguistic ethnography, Sing Me Back Home: Songwriting, Language Reclamation and Italian Colonialism in Sardinia.

Jacobsen’s work also has a strong applied and public-facing component. Most recently, this is seen in the culturally-immersive, week-long songwriting intensives she offers in her two primary field sites: on the Navajo Nation and, beginning in May 2020, on the Italian island of Sardinia (“Songs from the Rez” and “Songs of Sardinia,” respectively). Workshops are tuition-free to citizens of Navajo Nation and Sardinia, and focus on the co-writing of songs to develop deeper intercultural understanding and awareness of social differences across lines of race, class, nation, social class, gender and ability.

Prior to coming to UNM, Jacobsen taught courses in linguistic anthropology, Native American Studies, ethnomusicology and cultural anthropology at Duke University, Diné College and Northern Arizona University. She is a touring singer, songwriter, lapsteel player and country artist (she fronts the all-girl honky tonk band, Merlettes), and is the founder and co-facilitator of the UNM Honky Tonk Ensemble. She recently completed solo songwriting tours in Denmark, Sweden and Italy, and has taught songwriting workshops in the Swedish and Italian prison systems and to political asylum seekers and refugees in Finland. Nominated for three New Mexico Music awards, her recent solo album, Shelter, is a collaboration between songwriters, engineers and musicians in Denmark, Italy, the Navajo Nation and Albuquerque. To learn more about her research, teaching and music, visit:

Anthropology of Music and Sound

Proseminar in Anthropology of Music (Master in Musicology Students, only)

Music of the Baroque

Culture and Politics in Native America