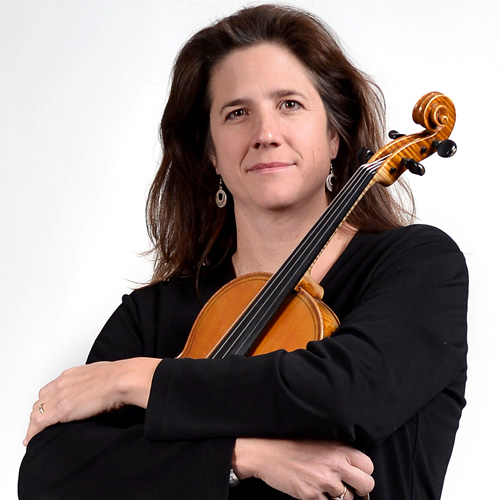 Kimberly Fredenburgh is Professor of Viola and Head of the String Area at the University of New Mexico where she teaches private viola students, classes in orchestral audition preparation and coaches chamber music ensembles. Ms. Fredenburgh is Principal Violist of the Santa Fe Symphony and the Santa Fe ProMusica Chamber Orchestra, and is Acting Principal of the New Mexico Philharmonic. She has performed numerous seasons with the Santa Fe Opera Orchestra and the Santa Fe Chamber Music Festival. She was previously Associate Principal viola of the Phoenix Symphony Orchestra for seven years and also taught on the faculty at Arizona State University

Ms. Fredenburgh was a co-principal violist with the New World Symphony under Michael Tilson Thomas and has appeared in Carnegie Hall with Sir Georg Solti conducting. She has been featured as a soloist with orchestras in Arizona, New Mexico, Brazil, Spain, Italy and South Africa. Ms. Fredenburgh has delivered pedagogical papers at several National ASTA conferences and has also performed at the International Viola Congresses and Competitions.