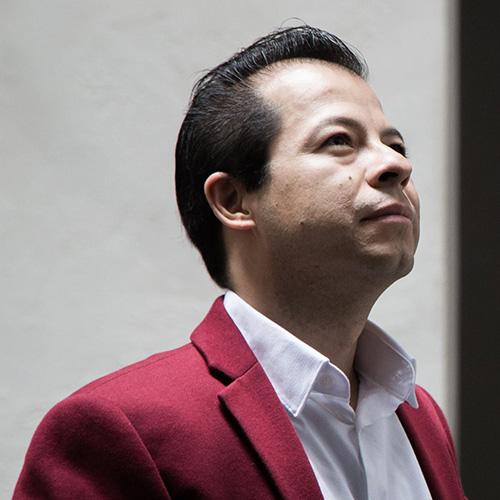 His second CD portrait, which features NY based Talea Ensemble performing six of his most recent compositions, will be released at the beginning of 2020. Other works of his can be heard on ATMA Clasique (Canada), New Focus Recordings (USA), Con Brio Records (USA) and Urtext (Mexico). His music is published and distributed by Babel Scores, a french publisher specialist in new music.

In addition to his compositional career, he is highly active as a pianist and music advocate. He is the pianist of Low Frequency Trio (Contemporary Bass clarinet, double bass, and piano ensemble), founding member of áltaVoz (Latin-American composers collaborative in the U.S), founder and curator of La Mansion de la Cantante Muda (a contemporary interdisciplinary festival of music, film, and story telling),  and former director of The Harvard Group for New Music.