Lecturer II in Voice and Opera 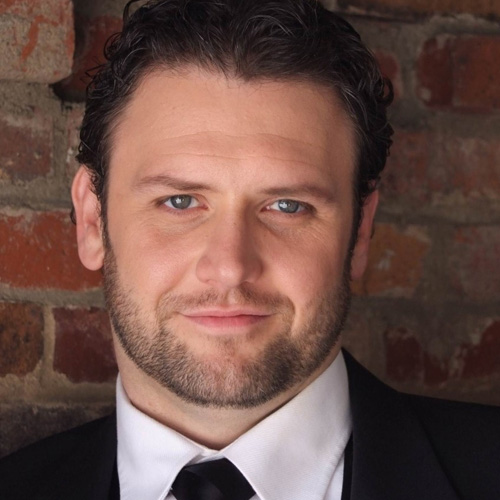 American tenor James Flora, hailed for his “resonant, impeccably-trained voice and fearlessness to his singing”, has received acclaim in repertoire ranging from Verdi and Wagner to works by Carlisle Floyd and Daron Hagen where he sang Louis Sullivan from  Hagen’s Shining Brow at Frank Lloyd Wright’s 20th century masterpiece: Fallingwater.  He made his Pittsburgh Opera debut as Fenton in Falstaff, and has since returned for seven productions, including Carmen, Turandot, Lucia di Lammermoor, and most recently as 2nd Jew alongside the Salome of Patricia Racette.  James has performed leading roles in opera companies across the United States, including Alfredo (La Traviata), Tamino (The Magic Flute), Pinkerton (Madama Butterfly), Rodolfo (La Bohème), Don José (Carmen), appearing with companies including Washington Concert Opera, Arizona Opera, Glimmerglass Opera, Opera Company Middlebury, Opera Columbus and others. Equally at home on the symphonic stage, he has sung with the Pittsburgh Symphony, Reno Philharmonic, Erie Chamber Orchestra, and Buffalo Philharmonic, and recently debuted with the La Voz Humana: Lenguajes Múltiples festival in Cuba with Maestro Leo Brouwer and guitar virtuoso Joaquin Clerch. James’ upcoming performances include virtual performances for Resonance Works and Opera Company Middlebury and will make his debut as Florestan in Beethoven’s Fidelio with Indianapolis Chamber Orchestra. Last season he made his debut as Cavaradossi in Tosca with Opera Company Middlebury, where has previously been seen as Nicias (Thaïs) and Mitch (A Streetcar Named Desire). He sang a recital in Lake Tahoe with the Tahoe Chamber Music Society last summer. James has sung with the Metropolitan Opera Chorus under Maestro Donald Palumbo in their most recent productions of Die Meistersinger von Nürenberg and Fidelio.

He has served on the voice faculties of Arizona State University, University of Nevada, Reno, Central Michigan University, Otterbein University, and Point Park University and is a member of NATS and AGMA. James has students performing on and off Broadway in productions of Hamilton, Urinetown, Shrek the Musical, and Rent, and has students in Dolora Zajick’s Institute for Young Dramatic Voices. He is the Co-Artistic Director and Co-Founder of Tito Gobbi Italian Summer Program on the grounds of the Gobbi Villa in Rome, Italy.