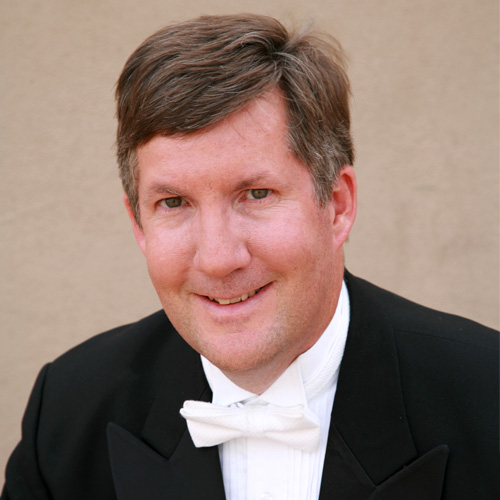 Eric Rombach-Kendall is Professor of Music at the University of New Mexico, where he has served as Director of Bands since 1993.  Prior to his appointment at UNM, Mr. Rombach-Kendall held conducting positions at Boston University and Carleton College and taught in the Washington State Public Schools for six years.

Mr. Rombach-Kendall served as President of the College Band Directors National Association from 2011-2013.  He has been a guest conductor and clinician throughout the United States and Canada and has published articles in The Instrumentalist, New Mexico Musician, and Teaching Music Through Performance in Band.

An advocate of contemporary music, Mr. Rombach-Kendall has commissioned and premiered many works for wind ensemble and concert band.  Works he has commissioned have been performed by such prestigious organizations as the New York Philharmonic on Live at Lincoln Center, and the United States Marine Band (The President’s Own).  He is an alumnus of the University of Puget Sound and the University of Michigan with degrees in music education and wind conducting.