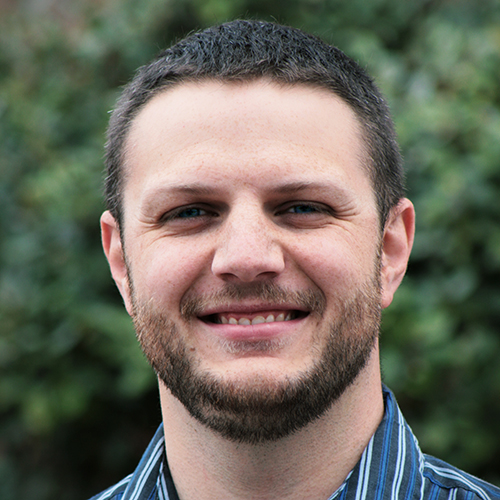 Adjunct Lecturer
M.A., The Savannah College of Art and Design

Swardson, a native New Mexican, had a passion for computer animation and special effects since before he knew what it was. He teaches beginning and advanced 3D animation courses and other specialist courses in animation and visual effects. He earned his Bachelor of Arts in Art Studio at the University of New Mexico in 2005 and in 2008 completed a Master of Arts in Broadcast Design and Motion Graphics from The Savannah College of Art and Design. Brad has worked professionally in the field of computer graphics for over seven years.

As the owner and visual effects supervisor for Swardson Studios, Brad has produced visual effects and animation for companies such as Bogwood Films, Black Shepherd Productions, Erudite Digital, The Boeing Company and the University of New Mexico. Brad is currently a software engineering manager for Northrop Grumman where his team specializes in developing innovative technological solutions for training and performance applications, virtual and augmented reality, modern web development and cloud computing as well as gaming, mobile app development.