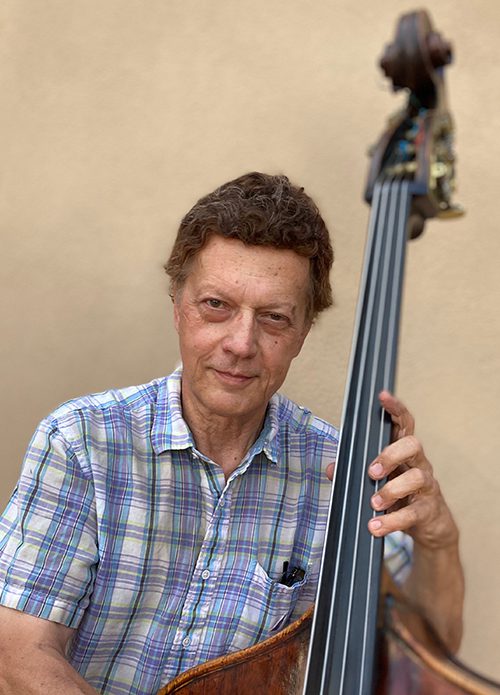 Albert Laszlo, bass, is Lecturer of Bass at the University of New Mexico. Previous to this post, he was an associate professor of bass at the University of Cincinnati College-Conservatory of Music. Born of Hungarian parents, he received his early training on the violin and began bass studies at age twelve. He later studied cello with George Neikrug and Stephen Kates. A scholarship student of Homer Mensch at The Juilliard School, Mr. Laszlo received Bachelor and Master of Music degrees in the bass. He was a fellowship student of Eugene Levinson at the Aspen Music Festival and School. Mr. Laszlo has served as principal bass of both the National Chamber Orchestra of New York and I Solisti New York. In 1985, he became the principal bass of the Columbus Symphony Orchestra and has appeared as a featured soloist with the CSO. Since joining the CCM faculty in 1992, Mr. Laszlo has performed chamber music with members of the faculty both in Cincinnati and in New York’s Merkin Hall. An artist-faculty member of the Aspen Music Festival and School since 1994, he serves as principal bass of the Aspen Chamber Symphony and performs chamber music. Mr. Laszlo joined the Juilliard faculty in 2006.